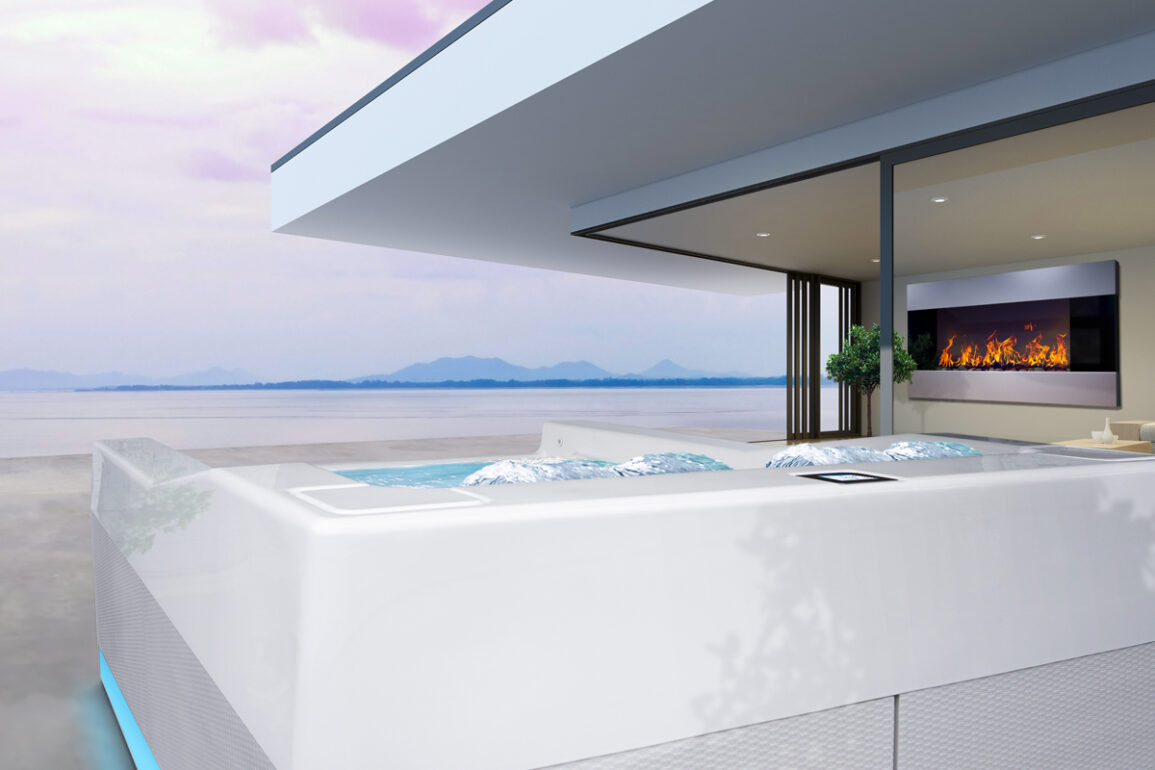 Coast Spas in Langley, British Columbia, Canada, earlier this year released the new Purfikt Infinity Edge Spa. Touting the aesthetic as sleek, minimalist and tasteful, Patricia Diamente, president and CEO of Coast Spas, says that while some overseas spa manufacturers have moved toward minimalist designs, the North American spa market was still lacking in this area. Customers who embrace the uncluttered look were hard pressed to find a spa that suited their tastes.

The Purfikt Spa, which took over a year and a half to develop, features the Fusion Touchscreen control panel, designed to fit with the clean look of the spa by making it flush with the acrylic. The spa’s waterfalls and jets sit flush with the spa’s acrylic too, and the cabinetry required special design work to accommodate the large band of RGB lighting that wraps around the spa’s exterior.

When a few models of the Purfikt Spa were released to specific stores for display ahead of the launch, they sold quickly. Dealers were permitted to start promoting the Purfikt in December 2019, and it officially launched earlier this year.

“The first one I sold, the couple had their hearts set on investing in a hot tub that was different,” says Sarah Sperrin, owner of Hot Water LeisureScapes in Alberta, Canada. “This was to be their fourth hot tub and they were fatigued with the current hot tub designs, so they came to us to chat about the Infinity Edge design. When they saw the Purfikt, they knew that was the one.”

Derek Sligh, spa sales manager for six locations of Rich’s for the Home in Washington state, has also heard positive reactions. “The Purfikt Spa has major wow factor in all of our stores,” he says. “People flock to it and are truly impressed. The chrome zone-lighting and massive volcano jet really put on a show that people love to see. Customers are surprised at the performance and design, and those that have had them installed have all given us great positive feedback.”

Sperrin says the Purfikt is aesthetically pleasing and that the eye moves over the entire hot tub smoothly. “Everything flows in the Purfikt like a good work of art, and not one feature is meant to upstage the next one,” she says, adding that she also admires the spa’s wide acrylic edges that wrap around the spa; its multiheight, ergonomic, barrier-free seating; quality hydrotherapy jets; and the Infinity Edge.

Of the Infinity Edge, Sligh says there is zero water displacement and that the tub has no protrusions in the jetting, suctions and even the topside controls. “People really see it as a step forward for the hot tub market,” he says.

Overall, Sperrin is thrilled to have something impressive and unique to offer to customers. “It is refreshing to have a barrier-breaking design…seamlessly fused with modern, European influences that come together to make you say ‘That’s a good design.’ ” Diamente says this spa fills a gap in the market. As she explains, the intent is not to try to sell this spa to everyone who walks into the showroom but to match it to the right customers. “The Purfikt combines the great features of our line up and puts them together in an entirely new, stylish package,” she says. 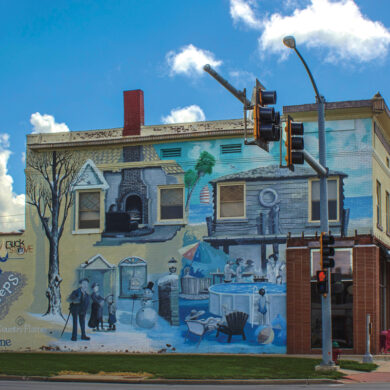