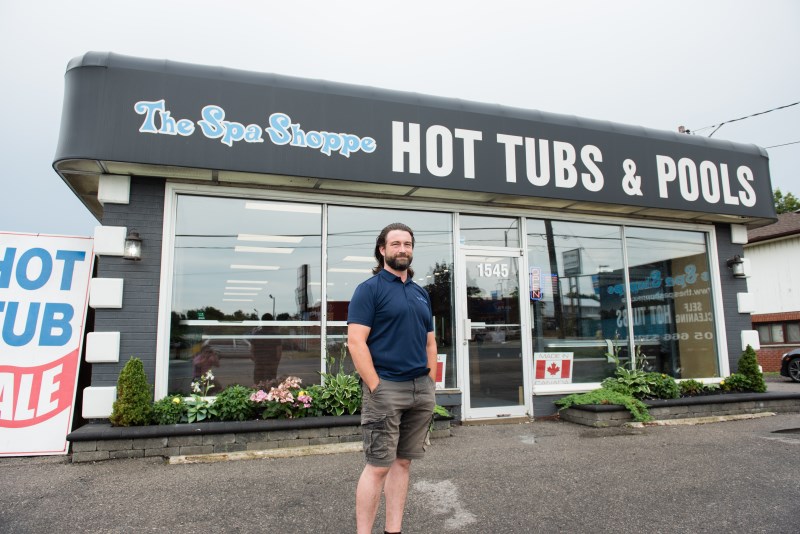 In 2005, The Spa Shoppe opened in Brooklin, ontario, a rural area removed from the bustle of Whitby. Co-owner Dave Harris says it was a desolate stretch of road that didn’t see much traffic. “It was years of killing ourselves trying to get this thing off the ground, and then it plateaued,” he recalls.

Relocation, they decided, was the only way The Spa Shoppe was going to see the growth they envisioned. In 2014, the store moved to south Whitby, where the company would enjoy increased foot traffic and exposure. Harris says it’s made a big difference: Within three years, the company had seen enough growth that it was time to expand.

“We actually were going to open a second store in a neighboring town,” Harris says, “but we had the opportunity to purchase the land. So it was either that or expand to a second location and have leases at both.” Rather than have two leases, Harris and Wallis thought it best to outright own the land they are currently on. “We still have the hope of expanding the business to a second location,” Harris adds.

Doing so is plausible even now, Harris says, but it’s about finding the right people to run a second location first.

Harris is also enjoying this season. The business is running so smoothly that he can take a personal day without guilt. Once a second location opens, however, he and Wallis will have to work hard for a couple years with trustworthy staff to get it running at the same caliber.

“I would want to oversee the operation of any new store,” Harris says. “I don’t think you can do that without feeling comfortable with your employees. Essentially, we have expectations. [When I’m not at our store] I don’t call them and I’m not freaking out because we fully trust the people out there right now. It took a really long time to get those people and to know they’re going to be there for the long term.”

Harris also doesn’t want to start over to get a second location off the ground. “I don’t want to destroy my family by working seven days a week for the next couple of years,” Harris says. “There’s so much to consider. I know how much of an impact it had opening the first store, and there’s going to be a lot of growing pains all over again.”

However, Harris knows that if Wallis is with him, a second location can be successful. “If we do it together like we did the first store, then we can at least share the burden,” Harris says.

Read the previous story on The Spa Shoppe.